Stomach cancer also known as  gastric cancer are unusual cancers in North America, but not the rest of the world. Esophago-gastric cancers are also associated cancers and involve the transition point from the esophagus and the stomach.

Although the incidence of gastric cancer is slowly decreasing likely from a decline a smoking rates, the rate of patients dying has not changed significantly.
Causes of gastric cancer are still not clear, but are likely due to precancerous conditions caused by the bacteria, H.Pylori. Smoking and consumption of alcohol and smoked meats also seem to have an association with stomach cancer. One reason why stomach cancer improvements have not occurred is that it is difficult to detect early. There are few symptoms of gastric cancer and can include pain during eating, a sensation of food getting "stuck" and a person changing food preferences to avoid that feeling of the food getting stuck.
More obvious symptoms would include weight loss and the vomiting of blood, or a change in the stool color to black.

Treatment of stomach or gastric cancer generally depends on the stage, with earlier stages treated with surgery, radiation and chemotherapy.
Unfortunately, since gastric cancer usually presents in later stages, chemotherapy is usually the only option available.

A recent study presented in a major journal focuses on the drug, rilotumumab, which is directed against hepatocyte growth factor. Rilotumumab is still undergoing testing in clinical trials, but in a phase two clinical trial when combine with standard chemotherapy, there were encouraging results. Hepatocyte growth factor and its receptor MET has been shown in stomach cancer to promote cancer growth and by blocking this receptor, may cause death of a tumor.

More testing will be needed before rilotumumab will be available to treat patients, or even be a part of standard care in gastric cancer.

As medical oncologists in Woodland Hills and the Agoura Hills area, Drs Omid Shaye, Dr Ashkan Lashkari and Dr Christopher Ho are committed to the latest in gastric cancer care. We are involved with our surgical and radiation oncology colleagues which is very important in gastric cancer as in other cancers. For a consultation, please don't hesistate to call us at the office. 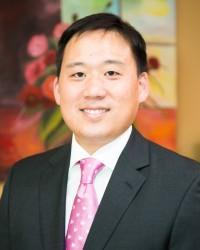 Leukemia is the general name for all types of cancer which affect the Blood and the Bone Marrow. When a person's blood cells grow abnormally and out of control, the diagnosis is usually called leukemia.

Colon cancer is one of the more common forms of cancer, even though the exact cause of it remains largely elusive.

May is Skin Cancer Awareness Month

Skin Cancer is the most common cancer in the United States and May is dedicated to its awareness.

Thank you to all of our patients, families, staff and supporters!